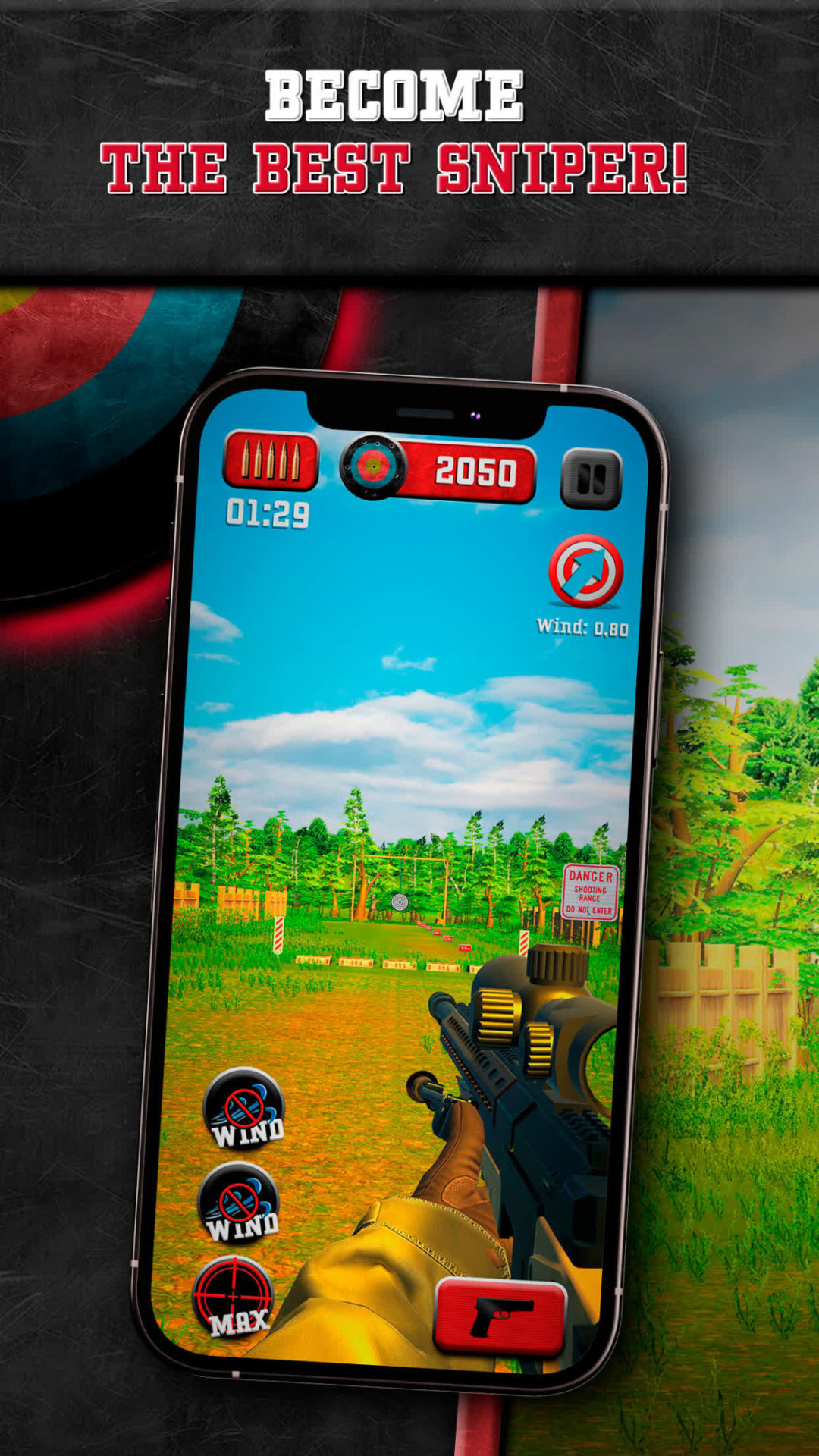 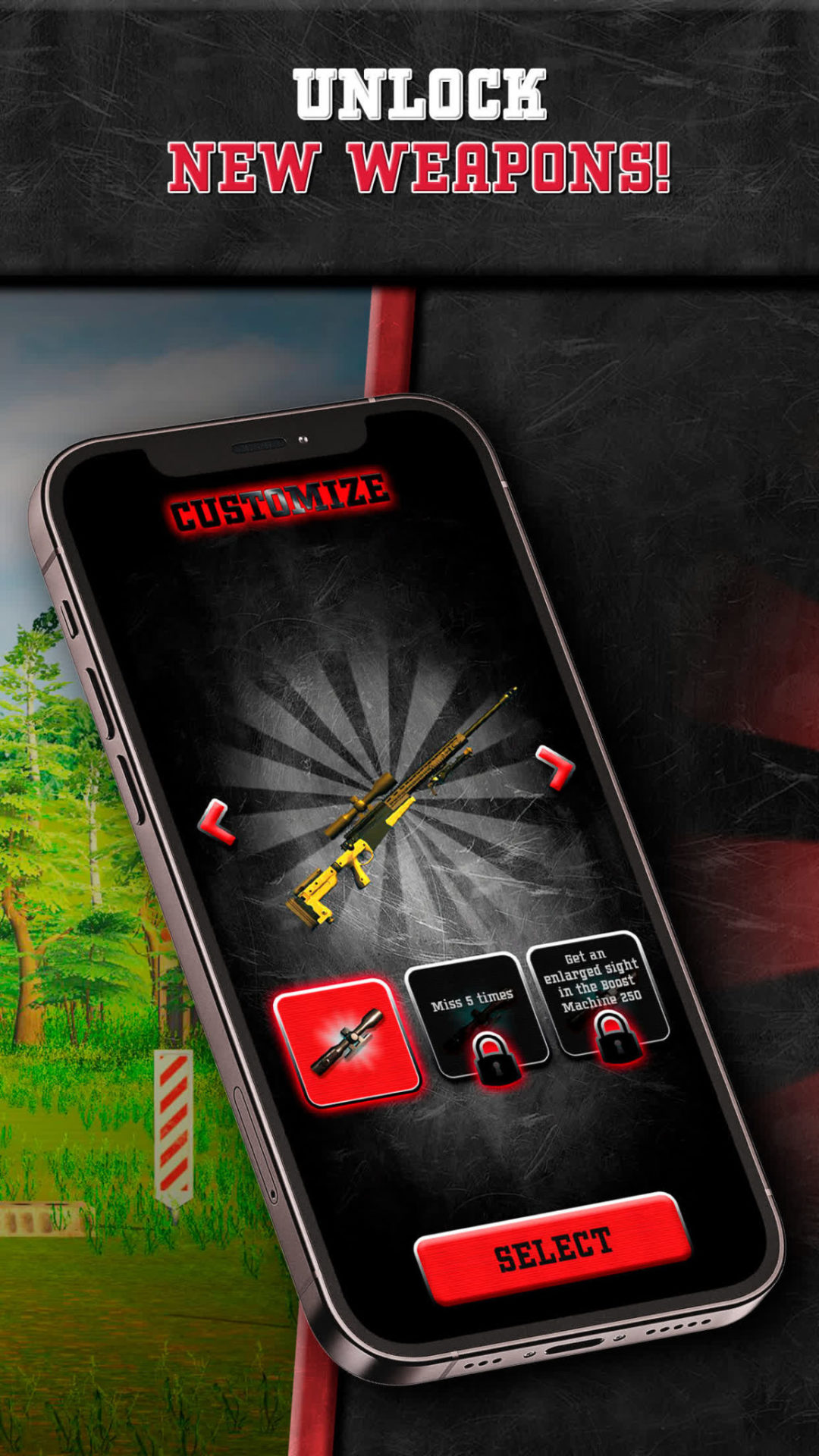 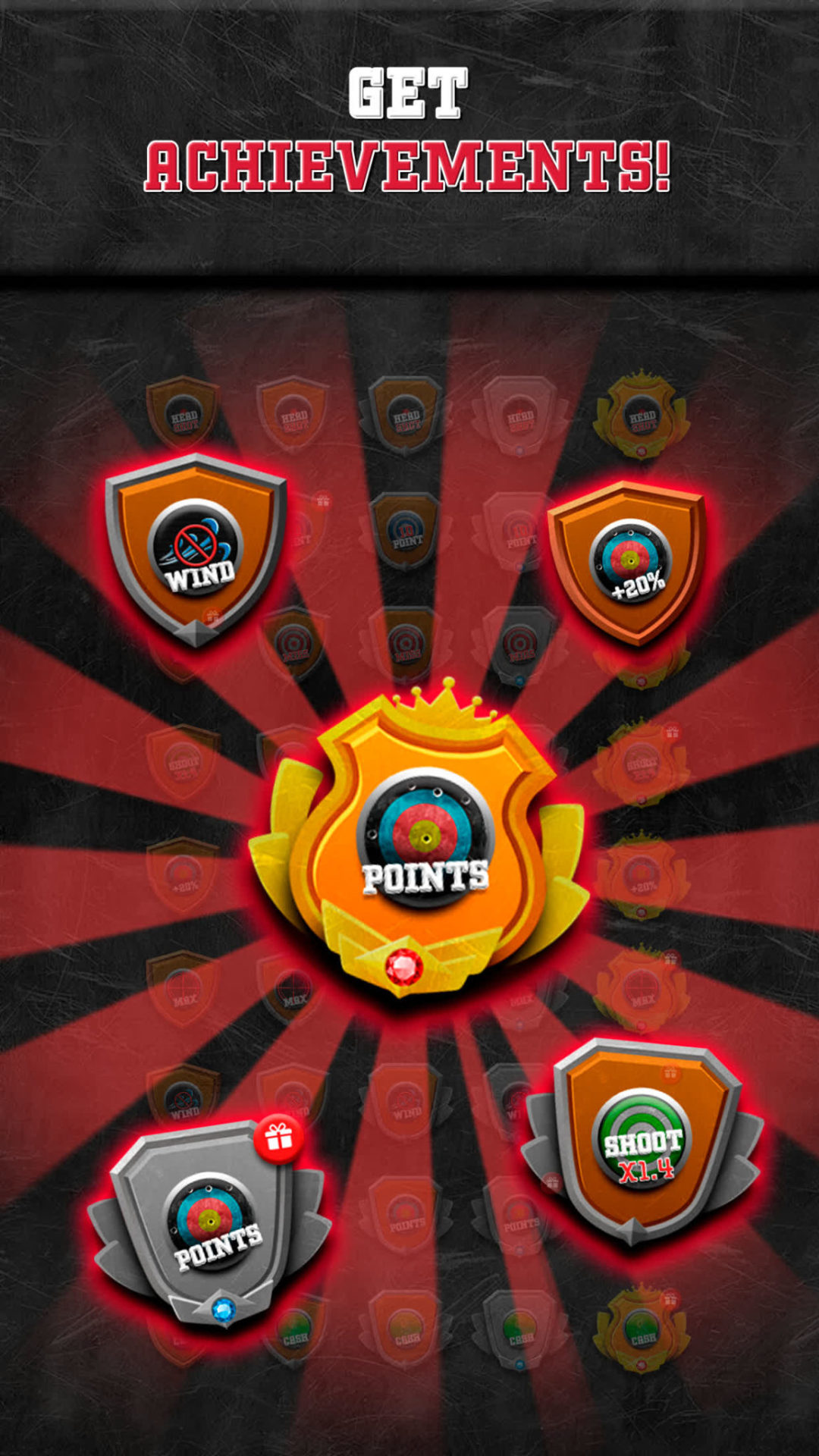 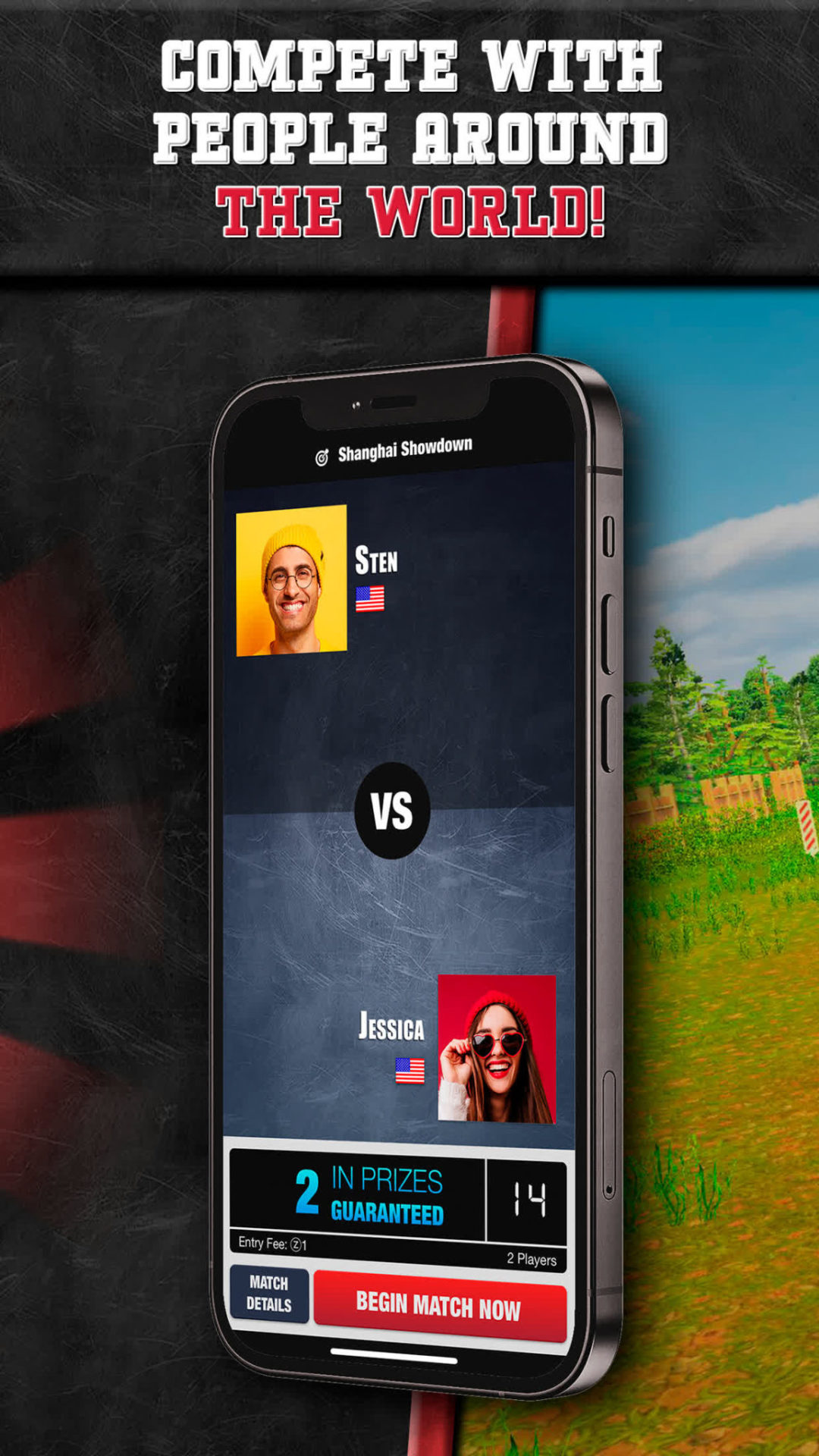 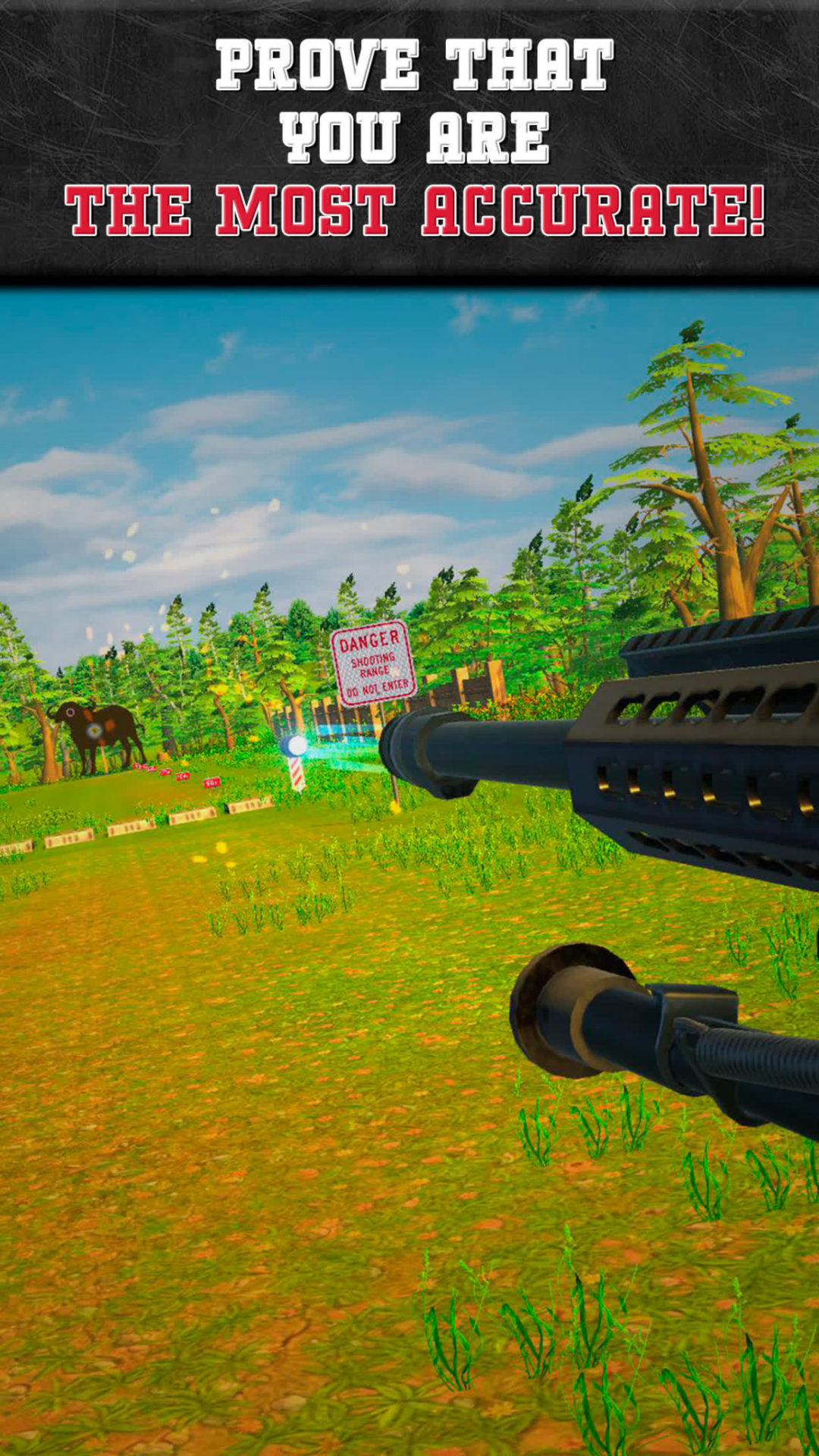 Show off your shooting skills in fair combat against real opponents!

Practice your shooting skills in special territories with a variety of targets. You will get a taste of rivalry, fighting against real players, knowing that you will be in the same playing conditions!

Choose your weapon, take aim in training tournaments, and move forward to the highest spots in pro tournaments!

The main features of the game:

Interaction with the environment — adjust for the wind!

Different distances and trajectories of targets

Lots of weapons — unlock and get achievements!

Before the game, you and your opponent will be given the same boosters by the Boost Machine

Your levels will also be completely identical, including the distance to the target and the trajectory of movement

Be sure to correct for the wind when shooting.

Try to shoot quickly, while the points multiplier is working at high values, the longer you aim, the lower the multiplier

Get a HEADSHOT — it gives you more points

Forward to fair battles and victories!

Hold the leadership in the overall standings, you can do it!